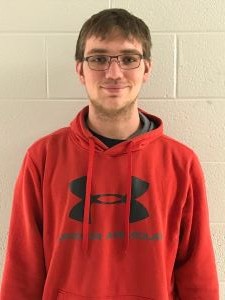 Freshman English and Communications major Scott Riner has received a national award for a short story he wrote titled “The Grandfather Clock.”

Religious Studies professor Rosemary Bertocci is the local chapter moderator for Delta Epsilon Sigma, and she informed SFU faculty about the writing contest.

After learning about the contest from Bertocci, English professor Tim Bintrim encouraged Riner to enter a story into the competition.

“When I submitted the story, I thought it was just a campus-wide contest,” said Riner. “You can imagine my surprise when my advisor emailed me and told me that I had just won a national contest.”

Riner’s 2,500-word story tells the tale of a man who is driven insane by an old grandfather clock given to him by his uncle. Riner said the gothic themes of the story are similar to those of Edgar Allen Poe’s “The Tell-Tale Heart.”

“He sent me the story to make suggestions for revisions, and it was obvious from the text that he liked Poe,” said Bintrim.

Riner said that at a young age, he had an interest in writing short stories. He served as the editor for his journalism club at Cambria Heights High School before enrolling at SFU.

“I have been writing short stories since I was 6 years old, and I knew I wanted to do something with writing (as a career path) when I was 7,” Riner said.

“The Grandfather Clock” will be published in Delta Epsilon Sigma’s journal. Riner also received a cash prize of $500 for winning the contest.

“The organization said they would give me a free copy when it comes out,” said RIner. “I can’t wait to read it in print.”