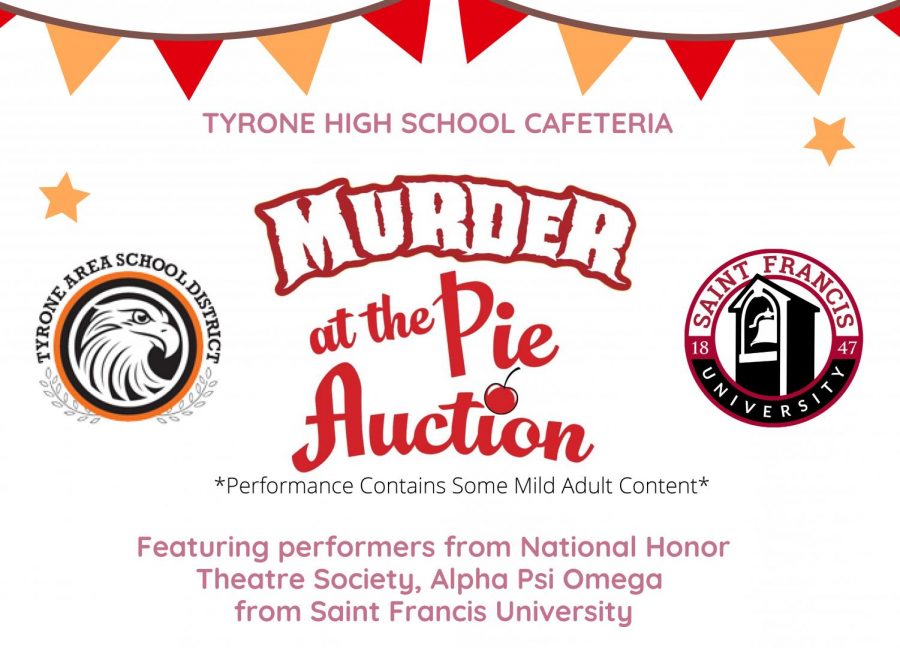 The Center for Fine Arts has announced two upcoming programs for the community.

Members of Alpha Psi Omega will be performing “Murder at the Pie Auction,” a murder-mystery dinner theater, on Friday at 6 p.m. The show will be performed at Tyrone High School as a fundraiser.

“Alpha Psi Omega was asked by Mr. Gary Aharrah, a teacher at Tyrone Middle School, to perform a fundraiser for their field trip,” said Rose Stock, vice president of Alpha Psi Omega. “He contacted Bonnie Risinski, and we agreed to perform for them.”

Stock said people should attend the murder mystery for a variety of reasons, citing a fantastic cast as well as a close, affordable activity.

In addition to “Murder at the Pie Auction,” the Center for Fine Arts is also involved with the upcoming show “Story Theatre.” This show features eight students who will perform stories based off Aesop’s Fables and fairy tales from the Brothers Grimm.

“Story Theatre has been new territory for me as an actress,” said Stock, who also acts in this show. “Each cast member plays multiple parts throughout the show and changes personas each time.”

Story Theatre is directed by F.J. Hartland, an Associate Professor for the Center for Fine Arts. Jack Weidner, a junior English major, is serving as the assistant director.

“This is my first time directing,” Weidner said. “I have been involved in plays since my freshman year and I love acting, but I really wanted to learn about all of the different roles involved with theater.”

Weidner said his experience directing so far has been positive, citing a hard-working cast.

The first showing of Story Theatre will be March 19 at 7:30 p.m. at JFK Auditorium.