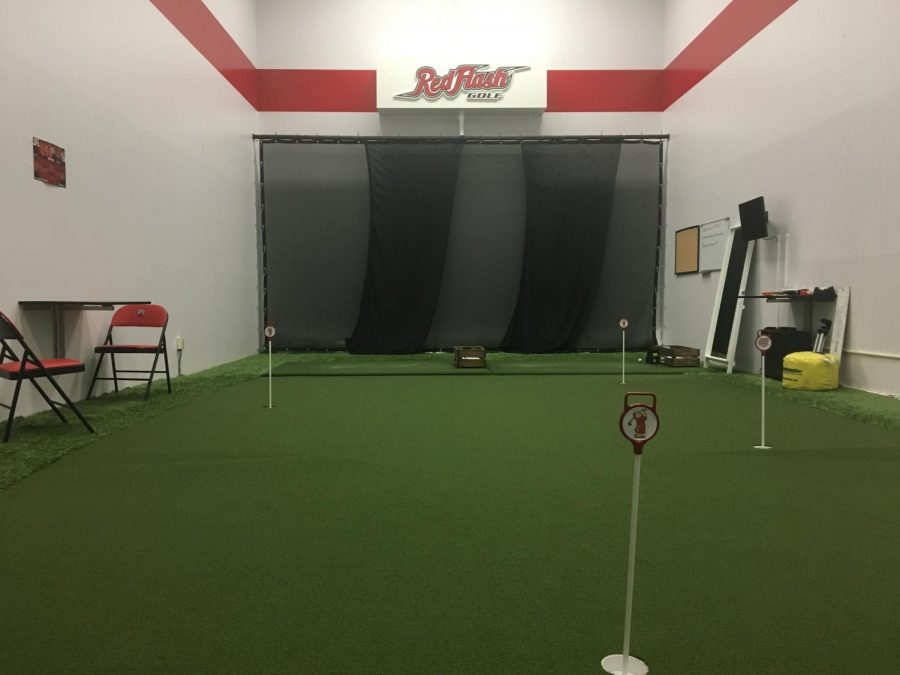 While there is snow on the ground and temperatures are regularly dropping below freezing, this hasn’t stopped the men’s and women’s golf teams from preparing for the upcoming spring season at the Golf Performance Center.

The Performance Center recently purchased a Foresight “GC Quad” for golfers to use and improve their games during the winter season. The GC Quad is a monitor that is used for players to see their ball flight, club path, swing speed, etc., while playing inside.

“I am extremely excited to get to work with the new simulator in Stokes,” said senior men’s team captain Jake Wilson.

The players have been using the GC Quad in advance of their first tournament in Daytona Beach, Florida, on March 7-8.

“The team is able to work so much harder since we put the new monitor in for them to use,” said assistant golf coach Max Kirsch. “The players have said it almost feels like they are actually outside practicing when they are using the monitor.”

In addition to allowing the golfers to work on their swings, the GC Quad has many different features, including one that helps players with their putting.  Since the Performance Center includes a large putting green for the players to practice on, they can use the monitor in conjunction with it to help lock their putting in for the season.