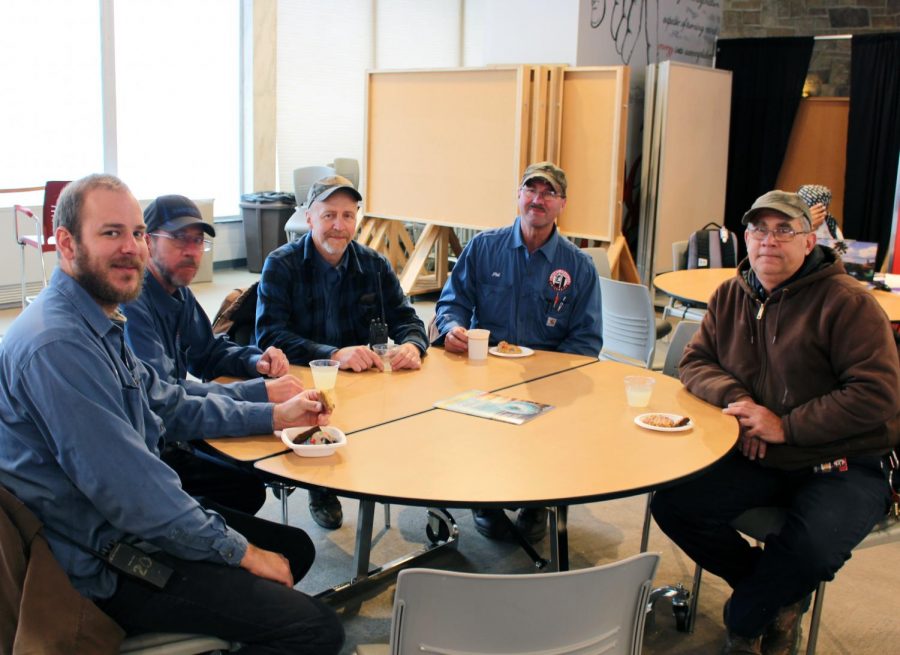 They enjoyed various desserts and hot chocolate and received hand-made buttons thanking them for their service. A video was shown at the event in which students expressed their appreciation to these employees.

SGA hosted the event and plans to continue it based on the positive feedback received from employees who attended.

“Everyone truly felt appreciated, and everyone was thankful that the SGA would take the time and make the effort to host this event,” said Dave Williams, Director of Physical Plant.

His sentiment was echoed by Reggie Esmi, General Manager of Dining Services.

“Thank you to the SGA for inviting our staff, myself and especially our district manager,” said Esmi. “We really enjoyed the event.”

There was a poster on display at the event on which students wrote messages, thanking employees for their service.

The theme of the event followed the institution’s overall message to “become that someone.” SGA and the student body thanked the school’s service employees for “becoming that someone for Saint Francis.”

This message was reiterated in the video and the message on the buttons that were given to service employees read “I became that someone for SFU”.