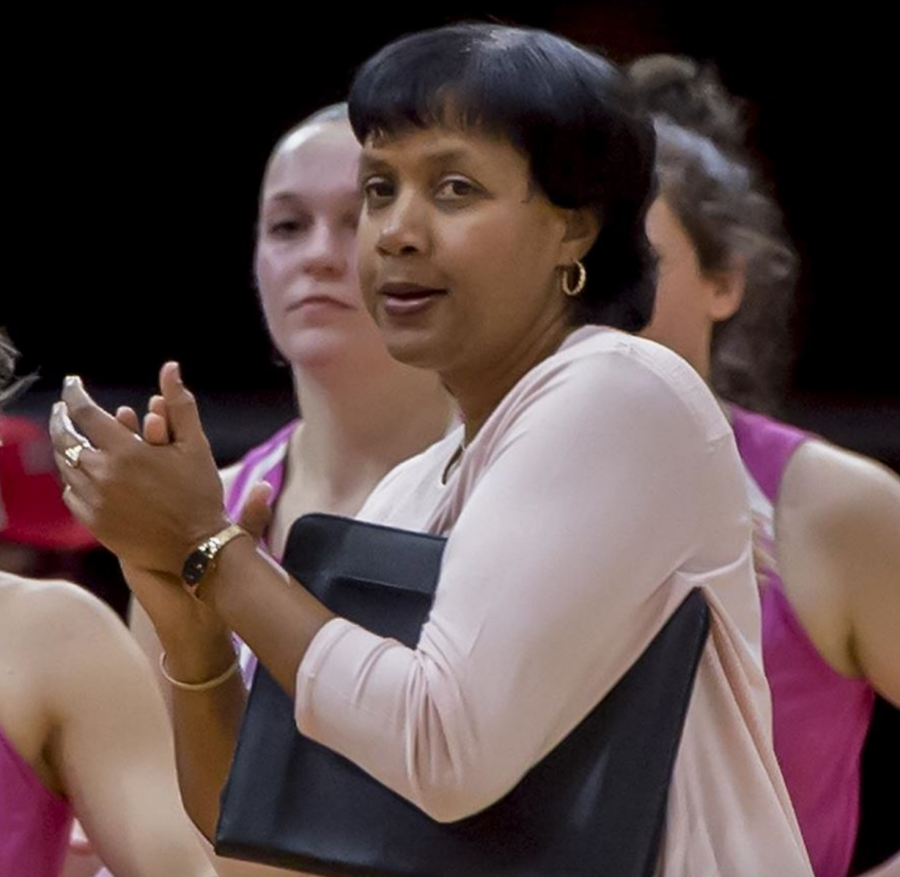 The Athletics Department recently announced that Keila Whittington has been named head women’s basketball coach at the University.

Whittington was formally introduced as the eighth coach in program history on April 25 at a press conference in the Stokes Center.

“I am extremely honored and blessed to be the next head women’s basketball coach,” said Whittington at the press conference.

“It has been an overwhelming past few days as I’ve realized that I have finally accomplished a lifelong career dream.”

Whittington’s recruiting skills could pay off quickly at Saint Francis. In addition to her two coaching stints at Marist, she served as the University of Oregon’s recruiting coordinator and assistant coach. She has also coached at Indiana, Penn State, South Alabama and Rhode Island.

At Penn State, she helped guide the Lady Lions to an NCAA Elite Eight appearance and two trips to the Sweet Sixteen. Whittington was an assistant coach and recruiting coordinator at Penn State from 2001-07.

“A new era begins today,” she said. “I will embrace our history and winning tradition and use my experiences and expertise to take Saint Francis University to the next level.”

SFU made it to the Northeast Conference championship game this past season, falling to Robert Morris, 65-54 in the NEC title game. The team finished 16-17 overall and 11-7 in the NEC under Saint Francis Athletics Director and interim head coach Susan Robinson Fruchtl.

“We are thrilled that Keila Whittington will be our next women’s basketball coach,” said Robinson Fruchtl. “Keila is excited for this opportunity and she will do awesome things here at SFU.

“She understands the importance of mentoring young people and she is a great fit for our institutional mission.”