More to Greek Life Than What Media Portrays 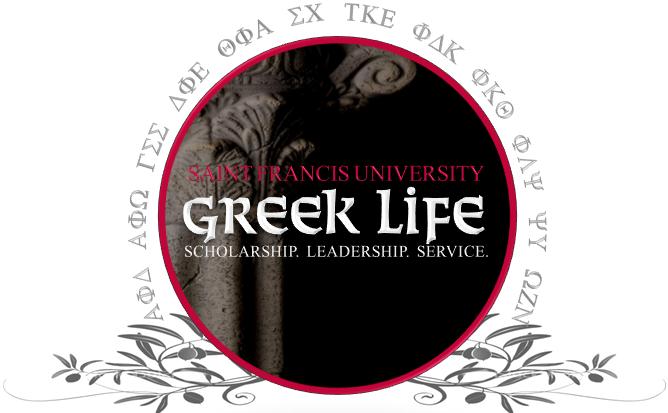 As an incoming freshman to Saint Francis, I told myself that I would never join a fraternity because I had an idea of Greek Life that was instilled in my mind.

Now, I am a junior and am finishing up my term as president of my fraternity, Alpha Phi Delta.

My fraternity has achieved 3.60 and 3.53 GPAs each of the last two semesters.

In 2012, the average GPA among Greek members across the nation was 3.32, while the total undergrad GPA was just 3.20.

The average GPA among Greeks at Saint Francis was 3.47.

The media frequently reports on the negatives of Greek Life, but seldom the positives. I am a Communications major, so I do understand that impactful stories, such as the death of a student pledging a Greek organization, brings higher ratings than positive stories, but is this an accurate portrayal?

Not all Greeks are good, obviously, but the good Greeks far outnumber the Greeks who joined for the wrong reasons.

According to a study conducted by researchers at Harvard and Syracuse, 90 percent of Greek members are on track to graduate, while the number for non-Greeks was 70 percent.

Another aspect of Greek Life that is often under-reported is fundraising. The Phi Delta Kappa chapter here at SFU raised more than $10,000 for the Make-a-Wish Foundation in a single year.

If all Greek organizations just haze and party, then how is it that these same organizations are volunteering 10 million service hours each year, raising money, and graduating at a rate 20 percent higher than non-Greeks?

In the last 10 years, 17 Greek Life chapters have suffered the death of a member. This is tragic and should never happen, but that is 17 chapters out of more than 5,500 across the country.

The point is that you cannot fully judge Greek Life on 17 incidents.

There is a whole world of Greek Life that students and parents never get to see. Joining my fraternity was one of the best decisions of my life. It has not only taught me leadership, but also time management.

And it has allowed me to meet the best friends of my life.