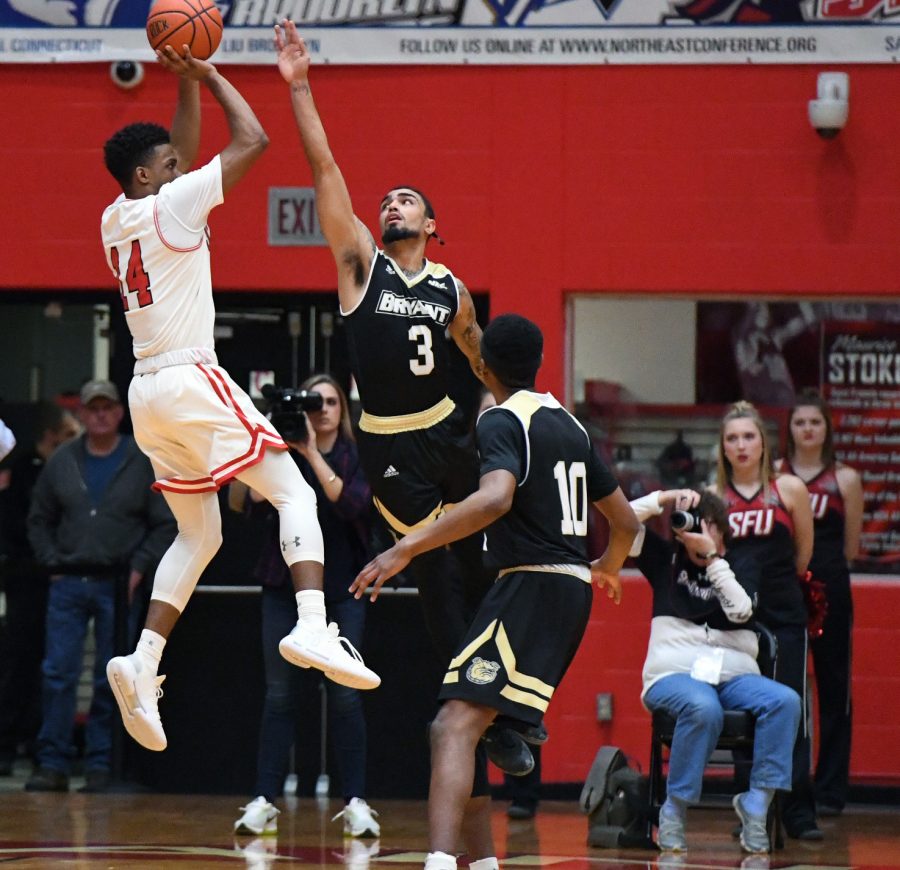 Maureen Malloy, or “Mo” as she is fondly recognized around campus, has worked in dining services for decades at the University.

However, she does much more than help run Torvian Dining Hall.

Dating back to the 1970s, Malloy has served as a mother figure to many student-athletes and coaches here at Saint Francis. And she has helped many athletes preserve their memories of their time at SFU through her photography.

“Nobody embodies the spirit and values of what it means to be a part of the Saint Francis community more than Mo,” said head men’s basketball coach Rob Krimmel.

Malloy has pursued her interest in photography and combined it with her love of Saint Francis and its students by shooting pictures at SFU sporting events.

She said she started taking pictures at men’s basketball games many years ago as a hobby.

“I would just go to the games and take pictures, and they (members of the athletics staff) noticed I was taking them, so they had me sit down on the floor,” said Malloy.

“They wanted pictures, but they didn’t have anybody they could pay to do it.”

Malloy, who shot the pictures for free, soon added other teams to her list.  She became someone SFU students, faculty and staff would begin seeing at just about every home athletics event.

Malloy said she makes an effort to take pictures at nearly every home event for all sports teams at Saint Francis. She has also taken pictures for many other events and groups, including weddings and Flash Forte.

She estimates that her photo collection includes more than 200,000 pictures.

In addition to her role as a photographer, through her work at Torvian, she has been able to connect with thousands of students, who she always greets with a warm personality and a contagious smile.

“She always has great energy and her support means a lot to everybody here,” said sophomore basketball player Dan Henry.

“It is a blessing to have her as part of the Saint Francis community.”