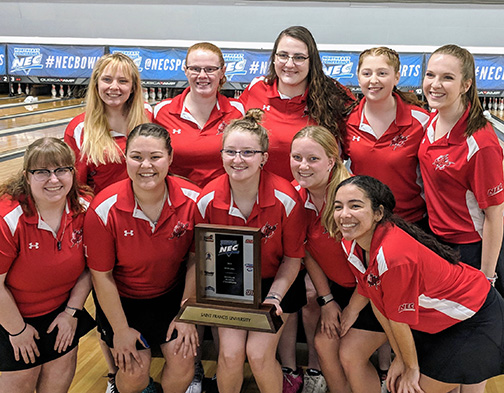 The bowling team closed the 2018-19 season at the Northeast Conference Championship in late March.

Led by first-year head coach Andrew Gonner, the Red Flash enjoyed a strong regular season and entered the NEC Championship as the top seed before falling to Fairleigh Dickinson and Mount Saint Mary’s.

The team, which captured the NEC’s tournament title last year and then posted a win in the NCAA Tournament, closed this season with a final record of 87-40 and an NEC mark of 13-4.

“The fact that we were able to win the (NEC) regular season was amazing,” said Balas. “I see great things for the future of this team.