Zezza breaks record for blocked shots in a career 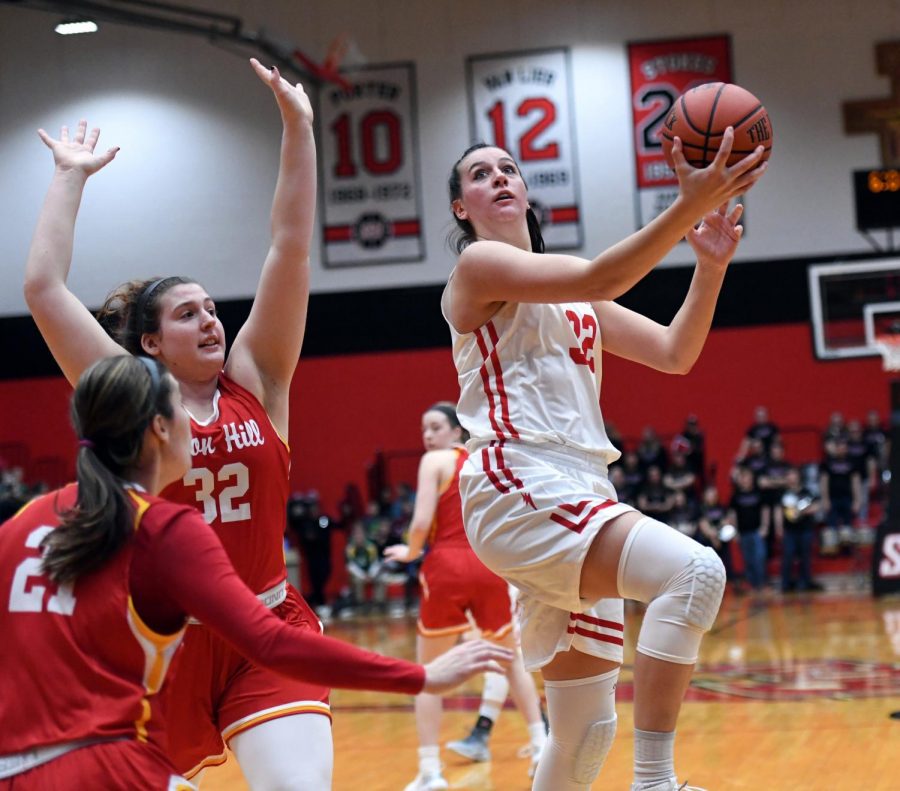 Courtney Zezza, a senior forward on the women’s basketball team, broke the program’s all-time blocks record on Feb. 16 in a win against Fairleigh Dickinson.

Entering the game, Zezza was tied with Cheril Meier in the record book with 279 career blocks. She blocked a Knights’ shot in the game to secure the record.

“I didn’t really know about this record until last year, so I didn’t come into Saint Francis thinking that I was going to break the record,” said Zezza.

“I never really thought about it throughout the year. I just continuously tried to get blocks to help my teammates out on defense.”

The all-time block record stood for 33 years until Zezza broke it. Meier played at Saint Francis from 1982-86.

“I credit my teammates because they have so much trust in me that I will help them if they get beat for a layup,” said Zezza. “I also think playing volleyball in high school helped me get my timing down.”

Zezza currently leads the league and ranks eighth in the nation with 2.8 blocks per game in 2018-19. On Feb. 18, she blocked five shots at the Stokes Center in a loss to Robert Morris.

“When Courtney blocks, I think it helps bring up the team’s energy and helps us lock in on defense,” said senior Sam Sabino.

The Red Flash are currently tied for second place in the Northeast Conference with Sacred Heart and Saint Francis College. All three teams have a 9-4 record in league play (see NEC standings on page 5).

The team is back in action on Saturday for a 4 p.m. tip against LIU-Brooklyn on Senior Day. It is the team’s annual Think Pink game and is the second game of a doubleheader at the Stokes Center. The Red Flash men’s team hosts the Blackbirds at 1 p.m.

“We’re excited for our Senior Day Game on Saturday and hope we are able to get a good crowd,” said Zezza.