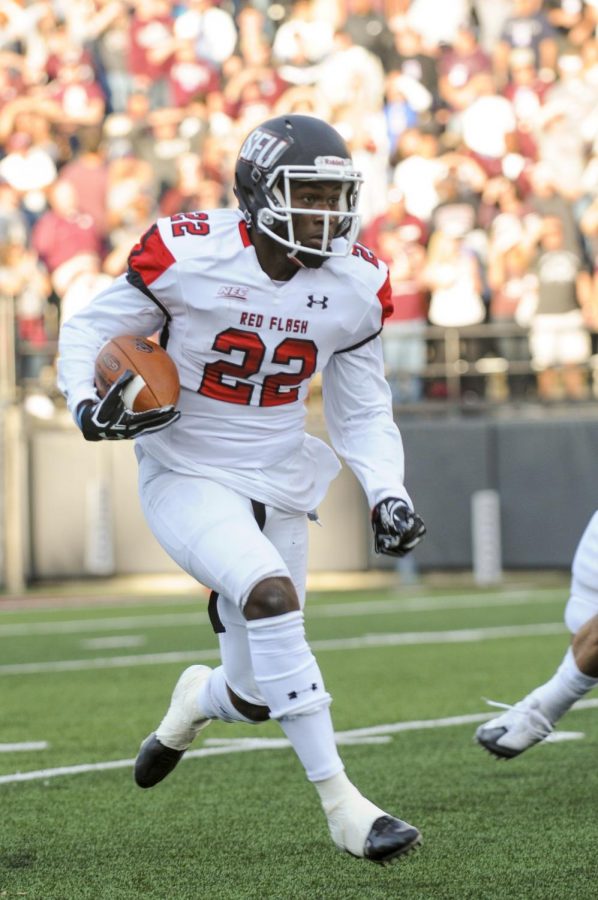 Jerome was added to the Stampeders’ roster in the beginning of January. He is currently preparing for the 2019 season.  The Stampeders host the Saskatchewan Roughriders in their preseason-opener on May 31.

Calgary finished 14-5 last season and won the CFL’s Grey Cup, which goes to the top team in the league.

In 2017, Jerome played in four games at safety with the San Francisco 49ers after signing with the team as an undrafted free agent.

He recorded three tackles and a quarterback hurry for the 49ers, becoming the first Saint Francis player to see action in an NFL regular-season game since Joe Restic played for the Philadelphia Eagles in 1952.

In 2018, Jerome signed a free agent contract with the Seattle Seahawks and saw action with the team during the preseason before being waived in early September.

“The Calgary Stampeders are giving me another opportunity to play the game I love,” said Jerome, who helped lead SFU to its first Northeast Conference championship in 2016.

A native of Sunrise, Florida, Jerome earned All-American honors at SFU in 2016 and 2017 as a safety and kick returner.  He is the only player in Northeast Conference history to earn first-team All-NEC honors four times.

Jerome was selected to play in the National Football League Players Association Collegiate Bowl and the Senior Bowl and participated in the NFL Combine in 2016.

“I am happy to hear that Zo is still pursuing his career in football,” said Red Flash All-American wide receiver Kam Lewis.