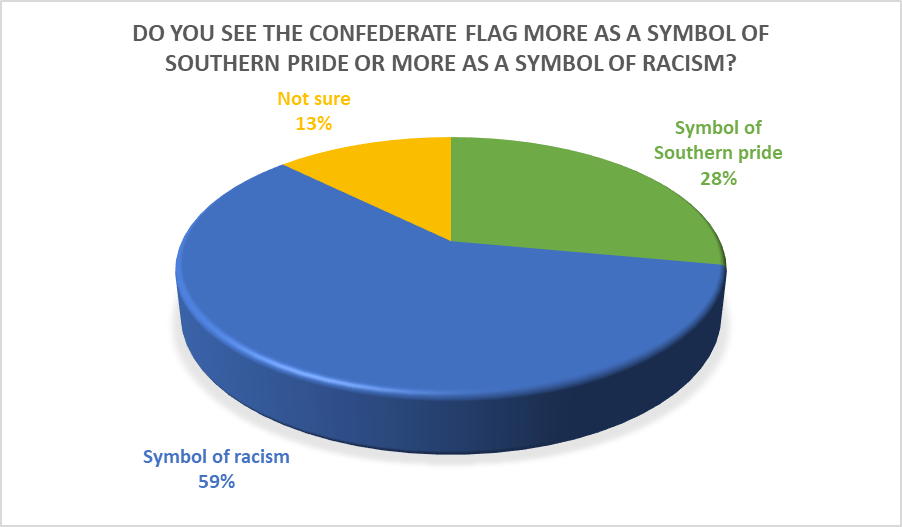 Charlottesville, Virginia, was the site of one of the largest white supremacist protests in recent history on Aug. 12.  The protest turned violent when white nationalists clashed with counter-protesters.  Two people were killed and more than 30 were injured.

White nationalists and their supporters had gathered in Charlottesville to protest the removal of a statue of Confederate general Robert E. Lee from a nearby state park.

A group of Saint Francis students in a Communications Theory and Research course conducted a survey during the week of Aug. 28 to find out SFU students’ feelings on the events that unfolded in Charlottesville.

Fifty-five percent of all survey respondents “strongly disapproved” or “somewhat disapproved” of President Trump’s handling of the situation in Charlottesville. 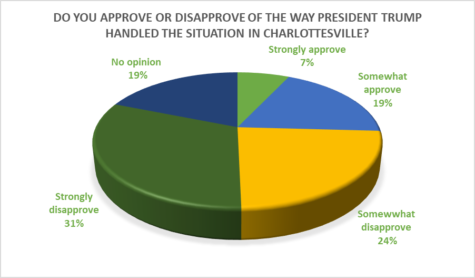 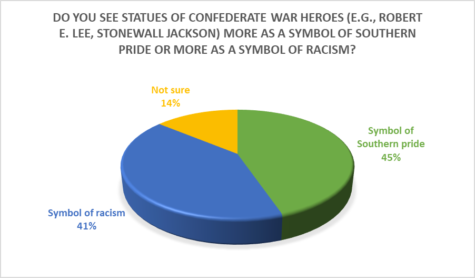