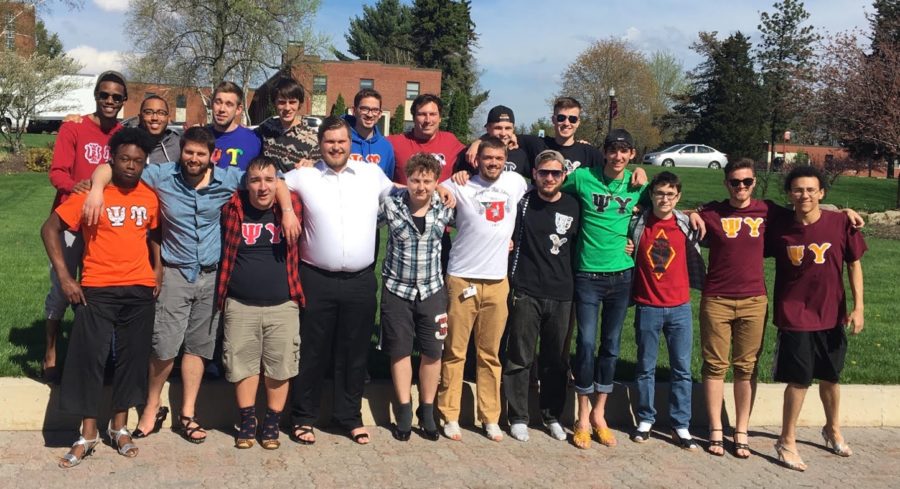 The Psi Upsilon fraternity hosted its fourth annual “A Day in Her Shoes” walk on April 21. The walk culminated a week-long philanthropic event that is geared toward raising awareness of domestic violence.

“I think that everyone is touched with this event,” said Bell. “I have friends and family that have been abused in their relationships, so I’ve seen the toll it can take on individuals.

“If this money can go toward helping those that are abused by providing them with a place to live or even some food, then we are doing a great thing here.”

Psi Upsilon raised more than $500, with most of the proceeds going to the Women’s Health Center in Altoona.

Some of the fraternity brothers were upset that several faculty members and students did not think that the brothers should wear high heels as part of the awareness event.

“If it doesn’t hurt you, why are you offended?” said Bell. “I was always taught that God loves everybody and you are supposed to help each other.

“Instead of taking away from this positive message, you should focus on taking this event and this cause more seriously.”

Sophomore occupational therapy major Fallon Nelson was at the walk for the first time.

“It was really nice to see the Psi U brothers walk around the mall, linked arm-in-arm, for a great cause to raise awareness for an issue that is often ignored,” said Nelson.

“It honestly upset me a lot that people would be upset seeing men in heels,” said Fallon. “It’s 2017 – we have gay students that go here and students that want to express themselves, but that’s not even the point.

“This is about raising awareness for domestic violence, not about what we are comfortable with.

“I think it’s really selfish that people would voice how uncomfortable they are with this kind of a thing when it is for a good cause.”