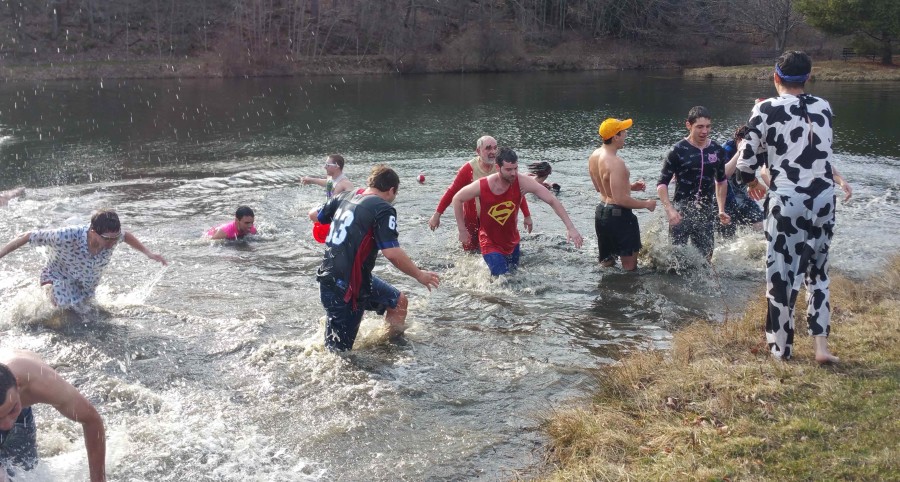 Dressed in costumes or random assortments of clothing, the TKE brothers charged into Lake Saint Francis at 4 p.m.

Zachary Georgevich, vice president of TKE and head coordinator for the Polar Bear Swim, said, “We had a plan to raise $5,000, but we fell a little short and ended at about $4,500.”

In order to raise money for St. Jude’s, TKE brothers went around to local business and organizations seeking sponsorships. Each $100 sponsor would get its business listed on the back of the t-shirt for the Polar Bear Swim. The t-shirts sell for $10 and are available while supplies last.

The brothers of TKE also went to GoFundMe in search of donors, raising $625 from the site.

TKE has been doing the Polar Bear Swim since 2005. Tommy Kane, president of TKE, said, “Every year we raise thousands of dollars; it’s something we are passionate about.”

According to Kane, TKE will continue to raise money for St. Jude’s next year and in years to come.