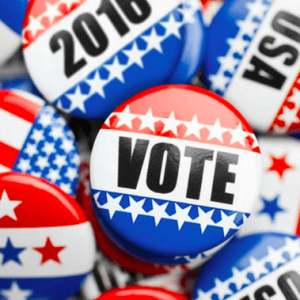 The Catholic Church, and Pope Francis specifically, have begun to push heavily for governments around the world to take serious measures to curb pollution of the environment. The pope has challenged world leaders, reminding them they are stewards and that they have a responsibility to maintain and protect our environment for future generations.

Jeb Bush, Chris Christie, Martin O’Malley and George Pataki all have made notable efforts toward preserving the environment as the governors of their respective states. All of the aforementioned, except Bush, have pushed “going green.”

Bobby Jindal, Marco Rubio and Rick Santorum have made no substantive efforts to protect the environment and are skeptical of global warming.

The Catholic candidate who follows the Church’s teachings most closely with respect to the environment – and who has put his words into significant action – is O’Malley. As governor of Maryland, he pushed for funding for green wastewater treatment facilities, he signed into law the Clean Cars Act, and he endorses a green energy revolution.

Regarding abortion, the Catholic Church has always taken a rigid stance against this practice. The Church’s consistent position is that life begins at conception.

Christie and Rubio are pro-life, but support a woman’s right to perform an abortion prior to the 20th week of a pregnancy. Pataki is a pro-choice Republican, joining the Democrat O’Malley on this issue.

Bush, Jindal and Santorum believe abortion is wrong in all cases. O’Malley is the only candidate who supports full legality of all abortions.

Among the Catholic candidates, Jindal and Santorum are the most in line with the teachings of the Church on abortion and both have been outspoken on this issue.

Regarding same-sex marriage, the Catholic Church teaches that the sacrament of matrimony is between one man and one woman.

What many people gloss over is the stance the Church has consistently adopted regarding homosexuality. Catholics are taught not to hate members of the LGBTQ community – quite the contrary, they are taught to respect all people of all backgrounds.

Some religious scholars argue that homosexuality is not a sin, but rather a breaking of the rule of chastity.